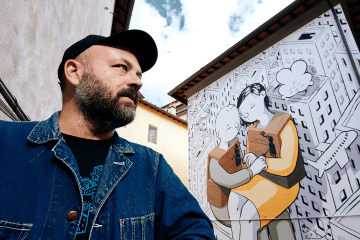 In the last decade Millo has focused on the production of large-scale mural artworks that had brought him to paint all over the world.

He took part to several street art festivals, non-governmental events and international social projects all over the globe.

In addition to a production that boasts over 150 mural artworks scattered across all continents, his works on canvas have been exhibited in London, Paris, Rome, Milan, Chicago, Los Angeles and Rio de Janeiro.
His works of art are also part of two permanent museums collections: Urban Nation Museum for Contemporary Art in Berlin, Germany and Straat Museum for street art and graffiti in Amsterdam, Netherlands.

OPEN DAILY
11 AM
Early access at
10am with tours.
Closing Time
7 PM